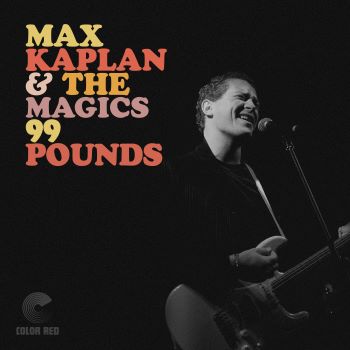 MAX KAPLAN is a blue eyed soul man who works out of Memphis. Kaplan, 24, is a  native New Yorker but his love of soul took him to Memphis. Young Max has no hesitation in citing the whole Memphis/Stax/Hi sound as his inspiration but his mission statement is to make contemporary music that has roots in the classic Memphis sound. He say: “ I can’t just be copying old stuff. What we’re trying to do is basically the same thing every artist does; take our influences and put our voice into it. We are making music in 2022, so we are bringing all that influence into it. Stax was based in the ‘60s and ‘70s, so they were bringing influences of the world at that time into their music. We’ve got different things going on in our lives.”

Max’s first single of 2022 bore out that statement. It was a lovely, rolling soul groove, ‘Loving, I’m Leaving’ which won plenty of support. Max has just released the follow up and it’s a much tougher sound… a cover of Ann Peebles’s ’99 Pounds’. Co-written with her husband Don Bryant, the song first appeared on Ann’s 1971 Hi album  ‘Straight From The Heart’ and it’s long been a Max Kaplan favourite – indeed a centrepiece to his live shows. So, logical to record it then! His treatment is respectful  and his band, The Magics, offer classy, rock-tinged  support in the best rough-hewn Memphis tradition. Out now!