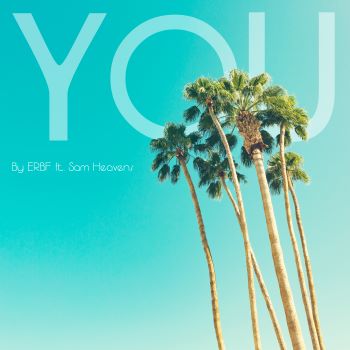 ELLIOT BROWN and RICHARD FORBES are a writing/production/performing collective who work as ERBF  …E(lliot) R(ichard) B(rown) F(orbes)! Both originally hailed from Birmingham where they began in gospel before moving on to playing in local soul bands. Elliot’s best known outfit was possibly Medium Wave – a soul combo which featured Jakki Graham.

The twosome went their separate ways but got together again during the first lockdown and crafted some new music and this February we enjoyed their  first single –  a lovely combination of ‘Decided’ and ‘Matter of the Heart’. It was a quality double A sider and was (rightly) a UK soul chart rider.

Elliot and Richard … ERBF … now follow that up with an equally well-crafted and catchy modern soul groove, ‘You’. This gentle cut features Sam Heavens on vocals  while the ERBF boys share all the writing, production and arrangement credits. They describe the track as “a sweet fun, upbeat summer love song that that will bring back happy memories.”  Can’t argue with that… out now!