JUST WHAT ARE WE GONNA DO! 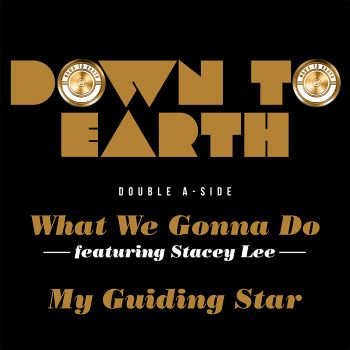 Not many argued; most soul folk agreed that  one of last year’s best albums was ‘Still Ridin’ High’ from UK duo, DOWN TO EARTH – Laurence Thomas Williams (“call me Lol”!) and Stevie Paul. Lol handles the vocals  while Stevie is an ace guitarist. The boys admit they’re soul vets and they were delighted by the success of their LP which topped all the credible UK soul charts and LP tracks were regularly rotated on all the best soul stations.

The DTE team are currently working on a new album and in time honoured fashion they’ve just released a single to whip up interest. But this single is  rather special – it’s a double A sider. It seems that Lol and Stevie can’t decide which is the better outing.

One side offers a pacey ‘What We Gonna Do?’ which features guest vocalist, Stacey Lee Cuddy. Her presence and the nature of  the production/tempo  might remind you  of SouLutions – not  a bad comparison. The cut is embellished with some nifty sax work too.

The “other” side is different altogether. ‘My Guiding Star’ is a rather sombre ballad with Lol Williams on vocals . Gentle and infectious, it’s a perfect foil to the up-tempo ‘What We Gonna Do’. Out now.