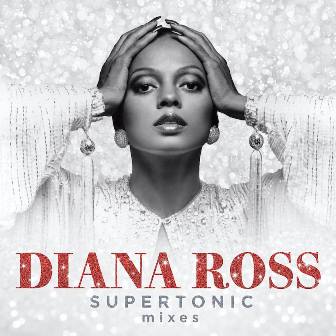 DIANA ROSS fans will know that over the last several months dance remixes of some of her best known solo outings have topped the Billboard Dance Charts… the last one was earlier this year when the sumptuous ERIC KUPPER mix of ‘Love Hangover’ soared to no.1! Not bad for a 76 year old… but then La Ross has always had plenty of fans and supporters in the dance and club community.

Those fans and supporters will be delighted to know that those dance chart topping singles along with other new mixes are soon out on a new album… 29th May to be precise. That’s the date when ‘SUPERTONIC’ wins digital release (with a physical released slated for 26th June… the LP will be in crystal clear vinyl!)

‘Supertonic’ has been produced by Ms Ross herself and all the mixes come courtesy of mighty mix don Eric Kupper who used the original multi track masters taken from the Motown vaults.

The nine chosen classics are ‘Ain’t No Mountain High Enough’, ‘I’m Coming Out / Upside Down’, ‘The Boss’, ‘Love Hangover’, ‘No One Gets The Prize’, ‘It’s My House’, ‘Remember Me’, ‘Surrender’  and ‘Touch Me in the Morning’ . Motown/Ross purists might raise the odd eyebrow at the treatment of some of the songs (especially the slower numbers) but as producer, Ms Ross was totally happy with all the end results. The royalties, no doubt, won’t harm her while for those who like these sorts of things, the album is also offered (digitally) in instrumental format.