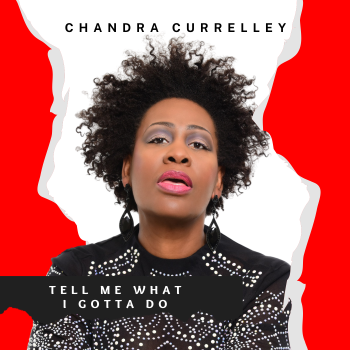 Avid sleeve readers and soul anoraks will recognize the name CHANDRA CURRELLEY (sometimes known as Chandra Currelley-Young). She was a key part of the SOS Band through the 80s till 1992 when she embarked on an acting career which she’s pursued with critical acclaim, starring in shows like ‘Dinah Was’ – the story of Dinah Washington.

Out of the blue, it seems, Ms C has just released a tasty new contemporary soul single – ‘Tell Me What I Gotta Do’ – her take on the Al Jarreau song that first appeared on his ‘L For Lovers’ LP. Chandra’s version is fun and flirtatious and stays true to the original arrangement. Smooth soul fans could do worse than investigate. Sadly not too much information available on the tune… a music comeback for Chandra? Who knows?