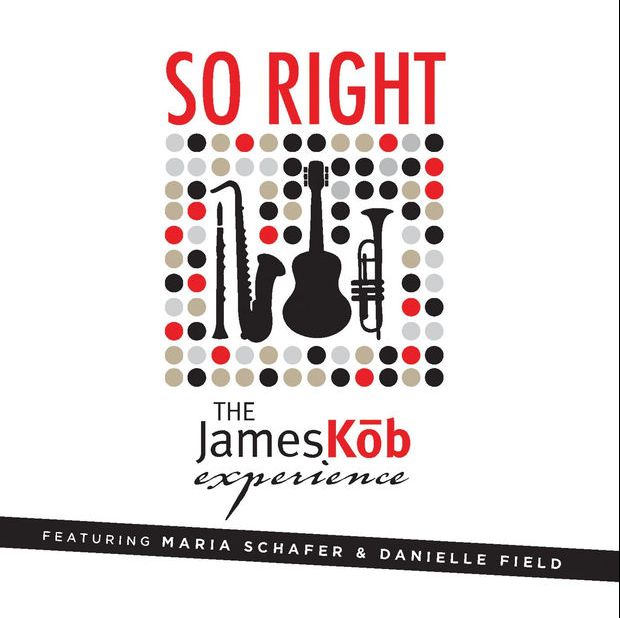 A graduate of the Wisconsin College Conservatory, guitarist JAMES KOB began his pro music career working the Bay Area coffee house scene. Between gigs and his work for the Christian Music Ministry, James has been working on his debut album and the 11 tracker that is ‘So Right’, credited to the JAMES KOB EXPERIENCE, has just won release on Partly Sunny Records.

James wrote and produced all the music on the album and his “Experience” takes in some of the very best session players on the West Coast. There’s a full brass section, live strings and a wonderful vocalist in Maria Schaffer.

Ms S takes lead on all but one track and her approach will appeal to those who loved the recent Lindsey Webster albums. Musically the fayre is jazz lite with a garnish of soul, pop and Latin. Listening, I’m reminded of artists like Earl Klugh and bands like Spyro Gyro. Add to that flavours of the Fifth Dimension, dear old Swing Out Sister, even Rumer or the Carpenters and we’ve already mentioned Lindsey Webster. Hear this cocktail at its best on ‘So Right’ – rightly chosen as the long player’s title cut. Right for radio, right for relaxing, right for enjoying. Sure, it makes few demands but music doesn’t always have to be cerebral.

James Kob understands this. Having studied the classics from Beethoven to the two Bachs, he understands that melody is everything in his music. Great melodies are memorable, says Kob, and there are plenty of great, memorable melodies on ‘So Right’