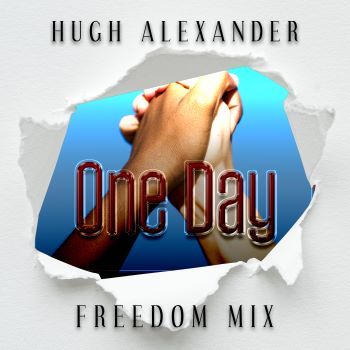 Monday 17th January was MARTIN LUTHER KING DAY and were a number of songs released to mark the occasion. Chief amongst them is Isaac Aragon’s ‘Who’s Standing With Me’ (see recent news item) and now we can appreciate another moving, King-inspired opus, this time from HUGH ALEXANDER. His song is  simply called ‘One Day’.

Sadly don’t know too  much about Hugh save that he’s a UK soul singer, currently working in Spain. (His real name’s actually Hugh Alexander Jackman so you can understand how he came by his stage name!)

His people tell us that he was inspired to write ‘One Day’  in 2020 during the first Spanish Covid lockdowns after seeing the waves of anger and confusion following the murder of George Floyd.

After finishing the first draft Hugh tells us that he thinks the message in his music  was born from a subliminal message written into his consciousness when he was a child, having listened to Dr King’s iconic ‘I Had A Dream’ speech. He adds that he believes his ‘One Day’ song “speaks directly into the disharmony, disunity and prejudice sadly still present in our world today”. Thus  the final mix of the song incorporates samples from Dr. King’s speech … see what you think. Out now!