JUST ONCE IN A LIFETIME…. 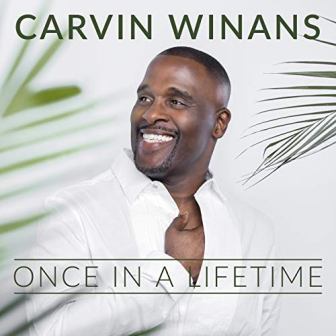 Those who still follow music charts will have noticed a new(ish) name sitting a-top the current list of soul best sellers, most-played or fave cuts. The name? CARVIN WINANS. Yep, Carvin may not be a totally familiar name…..but that surname should ring bells. Yes, you’re right. Carvin is one of THOSE Winans… the brothers who since the 80s have redefined the sound of contemporary gospel music.

Carvin is also an accomplished songwriter and has collaborated with countless “names” in his career so far, but we’re told that Carvin has always had ambitions for a solo career. To that end he’s working on his first solo album – due early next year. However, he’s rush released the first single – the totally soul satisfying ‘Once In A Lifetime’ and that’s the head-nodding, foot tapper that currently tops the charts. The producers on the cut are The Jackie Boys who anoraks will know from their work with Charlie Wilson and those great, recent Wilson cuts are the template here.