JUST MY (RE) IMAGINATION… 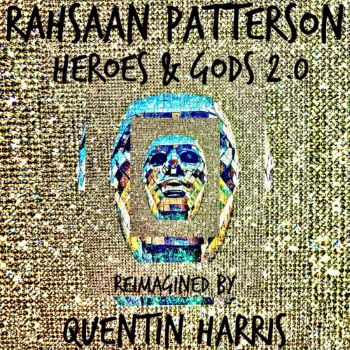 Back in 2019 soul man RAHSAAN PATTERSON returned to the musical marketplace with the album ‘Heroes And Gods’. We say “return” because the LP was the singer’s first offering for something like 8 years. Critically, it was agreed that the wait was worth it – a decent album fronted by one of contemporary soul’s most distinct voices . Highlight was ‘Sent From Heaven’ – a gorgeous, lazy, smooth soul ballad while Mr P was brave enough to also over a Luther Vandross song – ‘Don ‘t You Know That’.

A couple of months back, two of the LP tracks got a makeover form house producer Quentin Harris. He put a contemporary, electronic spin on the title tune  and ‘I Try’ and they must have proved popular because Patterson and Harris have now just released the whole ‘Heroes And Gods’ LP in “reimagined” format.

I guess your take on the new mixes depends on your view of soul – is it a static art form or something that is constantly evolving? For sure the purists will baulk at the electronic sounds here (but much of the original album had an electro vibe too, certainly some of the dancers). It’s purely academic of course, but wonder what dear Luther would make of Harris’ spin on ‘Don’t You Know That’?

As ever, here @ SJF we’re classic fence sitters, preferring listeners to make up their own minds. We do need to say though that these “reimaginings’ offer intrigue and imagination and Patterson’s wonderful voice is in no way side-lined. He says of the project: “I am more than a classic R&B person. I have an exploratory nature in life and that dynamic is also reflected in my music”.

The album’s out now via Shanachie Music.