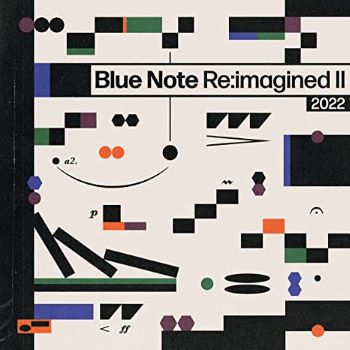 Back in 2020 BLUE NOTE released an album of “re-imaginings” – new versions of some of their most iconic  material. The LP featured reworked and newly recorded Blue Note classics  by a selection of the UK scene’s young talent. The idea was to celebrate the venerable old label’s 80th anniversary and, as you might guess, it drew a mixed response. Again, the old dispute between the purists and the envelope pushers reared its head.

That “head” will be reared again as Blue Note announce the release of ‘Blue Note Re:imagined II’ on September 30th.

The album will offer 16 tracks that offer fresh and exciting new workings of music from the illustrious Blue Note vaults recorded by a line-up from the UK jazz, soul and R&B circuit’s hotly tipped rising stars. The compilers/producers say they have set out to balance the genre’s tradition with its future and to reflect the melting pot of talent and diversity within the current scene.

Tracks on the album include funk-pop duo Franc Moody’s version of Donald Byrd’s ‘Cristo Redentor’, vocalist Cherise’s take on Norah Jones ‘Sunrise,’ while Parthenope deliver Ms Jones’ best known song ‘I Don’t Know Why’ . That one along with a sweet version of Neil Young’s ‘Harvest Moon’ (recorded on Blue Note by  Cassandra Wilson) from Maya Delilah and Kay Young’s re-work of ‘Feel Like Making Love’ (recorded on Blue Note by Marlena Shaw in 1972) are maybe the album’s most accessible tracks . The soul crowd will be intrigued by a version of Marvin Gaye’s ‘Where Are We Going’ (Blue Note artist here was, of course, Donald Byrd) from Venna and Marco who invoke the spirit of both Gaye and Byrd beautifully.

Anoraks might like to know that the special sleeve art (below) was created by British fashion designer Sir Paul Smith. We’re told that Smith became a fan following the release of the first volume in 2020 and subsequently used the music as a source of inspiration whilst designing his autumn/winter collection. His artwork will be available for a limited edition vinyl album which will be available in the autumn.