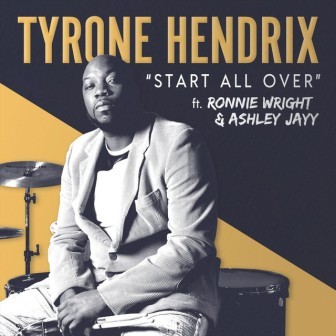 ‘Start All Over’ is the latest single from Portland, Oregon drummer and producer TYRONE HENDRIX. The cut is a loping soul groove featuring Ronnie Wright (aka Bespeak) and Ashley Jayy and it’s the first single from Tyrone’s upcoming album ‘Rhythm On Life Vol. 2’.

‘Start All Over’ is a tasty little thing and the upcoming long player promises more as we’re told that the guest list on the album includes Jarrod Lawson and Lindsey Webster, saxman Mike Phillips and “a host of other artists and musicians.” Sounds interesting and it’s set for release in May. In the meantime ‘Start All Over’ is available right now.