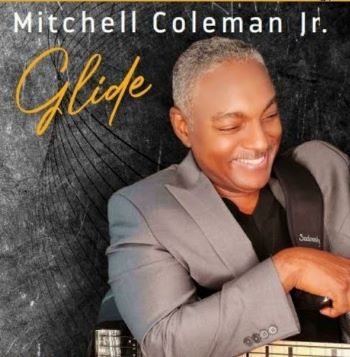 MITCHELL COLEMAN, JR. is a US bass player. He records in his own right and is an  in-demand session player. He cites his influences as people like Stanley Clarke, Larry Graham, Louis Johnson and Marcus Miller and you’ll hear traces of ‘em all on Mitchell’s latest single – a bass heavy  (natch!) cover of Pleasure’s 1979 outing ‘Glide’.

Coleman says: “The song just called out to me one morning. ’Glide’ is one of those bucket list songs for bass players. Once you can play it, you know you’re officially in the game. It took me a good minute to get this one under my thumb…`cuz Nate (bass player in Pleasure) slid some serious stuff up in there! I would love to talk to him about that one day… I didn’t want to mess with it too much. Just add a lil’ of that Silk Sonic skating flava. And lyrically, ‘Glide’ fits this time to a ‘T.’ There’s just so many things we are all trying to get over and ‘glide’ on by…”

Consequently, the new version cranks up the funk quotient and omits most of the vocals save for a semi-spoken passage towards the end. The track is further spiced up via some Fernando Harkless horn work

This new ‘Glide’ comes in a “smooth jazz” version and a “funk soul” version … both out now and, we’re told, taken from Coleman’s upcoming third album ‘Dedication’ – dedicated to his late mother.