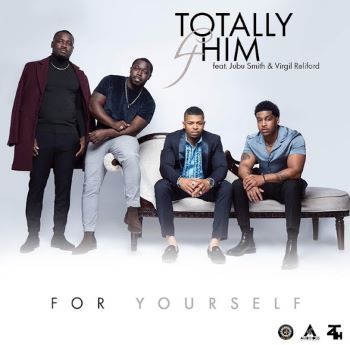 Gospel fans will probably know about the TOTALLY 4 HIM  quartet. The Georgia based band consist of brothers Carlos Harvey and Michael “Turk” Harvey, Jr. and Dante Eadyand Jesse Eady – also  brothers. They started singing in the early noughties and mentored by their grandfather Bishop William Hollis, they’re acknowledged as  one of Gospel music’s rising Quartet groups.

You can get to know more about Totally 4 Him via their latest single – the energized, exciting ‘For Yourself’ which has just won release. The recording features input from established Gospel stars John “Jubu” Smith of the famed group The Soul Seekers and Virgil Relifordof The Pilgrim Strangers. Soul anoraks will know that Jubu Smith has previously worked with  Tony! Toni! Toné!,  and Frankie Beverly and Maze. The group say that the song “is intended to motivate and stir the hearts of people to stand for what they believe in and not to fall into the world of what others want you to do. But most importantly, you must be worthy to stand before Christ on that day”.

You may not be a believer, but you won’t be able to deny the passion, soul and commitment on offer on ‘For Yourself’ . It’s good to go now via Central South Distribution.