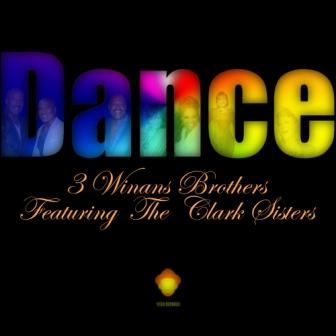 One of the hottest tunes at the moment comes courtesy of some real music biz legends…. the 3 WINANS BROTHERS and the 4 CLARK SISTERS. The magnificent seven of gospel cook up a veritable storm on the LOUIE VEGA produced and mixed ‘Dance!’

The tune first became available on the brothers collaborative album ‘Foreign Land’ but Louis asked for permission to re-work it for the dance floor and his irresistible treatments are now available via NuYorican/Vega.

There are three Vega mixes… with little to choose between the passion and drive of the Funk House and Dance Ritual tweaks. The Latin Soul is, as the name implies, a little different but no less dance floor friendly.

We’re also told that the song will be a focal point of Louie’s upcoming album, ‘Louis Vega Starring…’ and two of the edits will feature on the expanded 3 Winans UK album release – coming in August on Absolute.