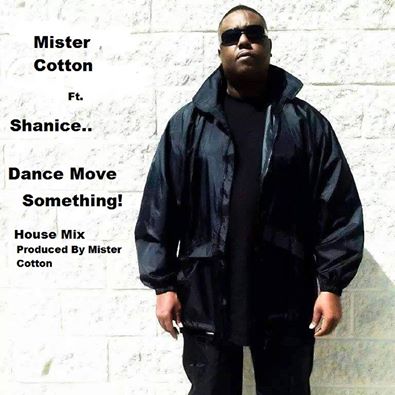 Over the past 18 months or so, MISTER COTTON has won loads of friends with his floor friendly singles. Stuff like ‘Get On The Dance Floor’, ‘Turn This Party Out’ (based on Keni Burke’s ‘Risin To The Top’) and ‘Whip It Real Good’ saw plenty of action and ,sure, Mr C himself would be the first to admit that his music isn’t the most cerebral, but it’s not meant to be!

Mister Cotton sees his music as fuel for the feet and now, fresh from his work with Ed The Red on ‘Summer Is The Coldest Season’, he’s all set to unleash another dance epic. This time around his message is simple…. ‘Dance, Move Something’. It’s big and brash and built around ‘Pump Up The Jam’. Guest vocalist, by the way, is the lovely Shanice.

The usual diligent internet search will bring you to it!