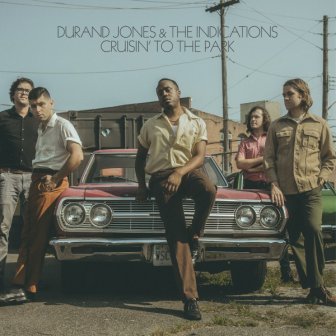 Plenty of soul folk were mightily impressed by the album ‘American Love Call’ by DURAND JONES AND THE INDICATIONS from earlier this year. Vinyl collectors might know that the some of the US pressings offered a bonus 7″ – a gentle , low-rider style tune not on the LP. The cut was ‘Cruisin’ to the Park’ – a tribute by the band to Chicano soul and low-rider culture. The cool, cool ballad won plenty of friends and it’s now doing the rounds on video and as the demand has grown, we believe that it’s being re-pressed on 7″ with a limited run. It’s American only right now – but fans might want to check it out