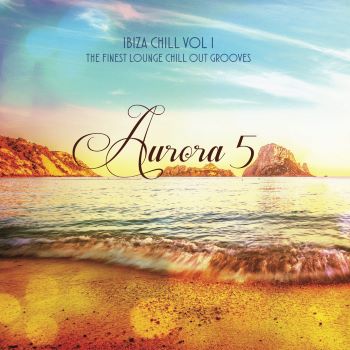 The name PAUL MORAN might not be that familiar to too many, but discerning music buffs will, for sure, have heard the acclaimed multi-instrumentalist play  out. You see Paul has been a ‘first call’ session musician for many producers and celebrity artists since 1989, when he first arrived on the London scene.

In downtime from Van’s band, Paul continues to work on his own projects and he’s just launched a lovely, chill out collection called ‘Ibiza Chill Out Vol.1’ which is credited to AURORA 5.

The concise  ten tracker is a laid back, delightful blend of jazz, world music,, downtempo dance and just a touch of funk. As the title suggests, the overriding  flavour is Balearic Chill – the whole Café Del Mar thing and right now we could do with plenty of that to help with our mindfulness and to help us escape (albeit temporarily)  from the continuous stream of bad news. Paul’s music reminds us that, maybe, just maybe, there is something decent, something wholesome, something to engender optimism out there!

It would  be churlish to highlight tracks  but tune titles like ‘Lost In Time’, ‘Tantric Meditation’ and ‘Cosmic Journey’ should  give you the idea. On those  cuts and elsewhere , the music overflows with emotive, sunset-ready chilled grooves. Anoraks might also like to know that the album also features percussion from Snowboy and captivating, hushed  vocals from Jo Harrop.

Paul says: “This album was a labour of love, influenced by jazz, world music, funk and downtempo dance grooves’… Going back to my roots creating jazz influenced club music”.