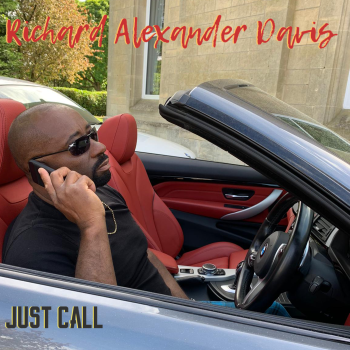 Soul man RICHARD ALEXANDER DAVIS has quite a pedigree. He’s the cousin of the late reggae star Sugar Minott and worked in the band, Mixed Breed. As a solo artist, in the 90s he charted with ‘Don’t Stop Believing, Party On’ and ‘Deep Inside’. He’s also a classically trained piano player and has collaborated with the likes of Eddy Grant, The Night Crawlers, Omar, Slick, The Real Thing and even Janet Jackson.

Last year Richard made a comeback of sorts with the UK soul chart rider, ‘Set It Off’ and now he’s promoting a new song…. ‘Just Call’. It’s a Don E production and it comes in a generous five different mixes… something for all tastes and tempos. The original is a very crisp and energetic beater and there are all also housier tweaks and a more sensual “Sex E” soul mix! Out now!