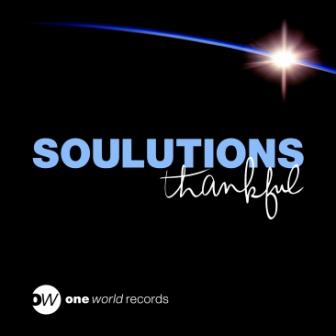 Every soul fans favourite Geordies, SOULUTIONS, return to the fray with a brand new super dooper single on June 16th. The tune is the fab ‘Thankful’ and Louise and Steve are in fine form as they put their own spin on a Chic-flavoured groove.

Totally dance floor friendly (you’d guess that though), ‘Thankful’ is the first single from Soulutions second long player, which we’re promised in September.

More good news? Well Soulutions will be playing the Jazz Cafe on June 29th when they support Melba Moore. It’s the band’s first London date and it’s bound to be a sell out.

SOULUTIONS: ‘THANKFUL’ released on One World Records on June 16.