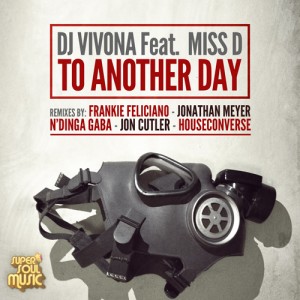 LUCA VIVONA is Sicily’s top Soulful House DJ/Producer. A music graduate of Palermo University, he’s all set to release his debut single on Super Soul Music Records. Using the moniker, DJ VIVONA, his cut is the mesmeric ‘To Another Day’. Helping him out on vocals is fellow Italian (now New York based) MISS D. Her vocal is subtle rather than in-your-face but it lends just the right amount of mystery to the insinuating little tune.

As you might have guessed the song comes with a plethora of mixes. Brooklyn’s FRANKIE FELICIANO ups the bass quotient on his tweak; JONATHAN MEYER accentuates the percussion; while the Italian team that is HOUSECONVERSE take ‘To Another Day’ into techno territory. Want more? Well there are also mixes from N’DINGA GABA and JON CUTLER along with a collaboration between MEYER and VIVONA and a (much shorter) Radio Mix. Promos will be available via Traxsource at the start of February – with the full release on stream at the end of the month.