JUST ANOTHER DAY IN PARADISE… 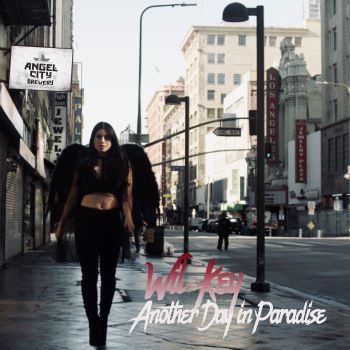 You may be familiar with the Phil Collins’ song ‘Another Day In Paradise’ (OK, we forgive you!) but currently doing the soul round is another (different) song of the same name , credited to WIL KEY.

Mr Key wrote and produced the song. He plays most instruments and takes lead vocal ably supported on the chorus and ad libs by Julie Lindell who brings a gospel flavour to proceedings. In these remarkable days Wil tells us that different parts of the record were recorded in Copenhagen, New York and L.A. The Danish connection comes via vocalist and guitarist, Angie Swan who also works with Cirque Du Soleil and Talking Head’s David Byrne. Wil also tells us that lyrics deal with broken dreams and unfulfilled visions among creatives in the Los Angeles music scene of which he  is a part. It’s an intriguing idea and an unusual and atmospheric  sound and it’s out now.