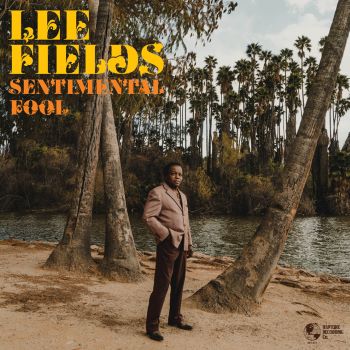 Fans of proper, old school Southern soul will be delighted to know that one of the genre’s last great exponents, LEE FIELDS,  is putting the finishing touches to a brand new album. The LP is ‘Sentimental Fool’ and it’s due for release on 28th October via Daptone Records.

In time honoured fashion, the set’s first single is winning a quick release to serve as a taster and for the LP-heralding release, the Daptone people have gone with the album’s title cut. This ‘Sentimental Fool’ is three minutes’ worth of classic Southern soul balladeering. It opens with a haunting organ, setting the tone for Lee’s impassioned vocals which are supported by almost other worldly BVs and gentle brass fills.

The track (indeed the whole LP) was produced by Daptone Record’s very own  Gabriel Roth (AKA Bosco Mann). He says: “I wanted to cut a different kind of record and really give Lee room to sing. We took our time and got painfully deep into every one of these tunes, stripping them down to pure feeling – no effort spared, no empty gestures remaining. Lee might be the greatest singer alive and I don’t think he’s ever sung better than on these sessions.”

Listening in to ‘Sentimental Fool’ you’d  be a fool to argue with Gabe. And sneak previews reveal that the rest of the upcoming long player offers plenty more of that raw, magical, heart-wrenching Southern soul – like the dramatic ‘Just Give Me Your Time’, the down-home preachy ‘What Did I Do’ (very Otis Redding) and the Church-ified ‘Your Face Before my Eyes’.

In the meantime, check out our 2019 interview with the singer… https://www.soulandjazzandfunk.com/interviews/raining-love-the-lee-fields-interview/