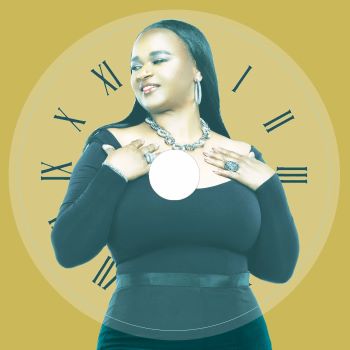 TYGRESSA (JONES) is a new name to us but on the evidence of her current EP ‘A Minute With You’ it’s clear that she’s a real contender.

First a little background. It seems that Ms Jones hails from Fort Washington, Maryland and after working the local DC scene, she decamped to New York where she scored two victories  at the famed  Apollo Amateur Night. Plenty of work followed much of it based around her love for Natalie Cole. Tygressa regularly performed tribute shows to the late diva.

So, no surprise that her debut EP features a Natalie Cole song. It’s ‘Touch Me’ – a Marvin Yancey/Chuck Jackson that Ms Cole issued on her 1976 ‘Natalie’ album and Tygressa turns in a blistering performance on her cover.

The tune that’s winning the plays and all the attention right now though is the crisp and tight clipped beater that is ‘Hey You’ – wonderfully infectious. The more sedate soulsters however will delight at ‘I Thought I Needed You’ which cleverly samples Brenda Russell’s ‘If Only For One Night’(most famously covered by dear Luther, of course).

Tygressa says of her music; “My EP will be classified as R&B music that grooves, but it also speaks to the good and not so good feelings of love.” It’s out now and comes with a big SJF recommendation.