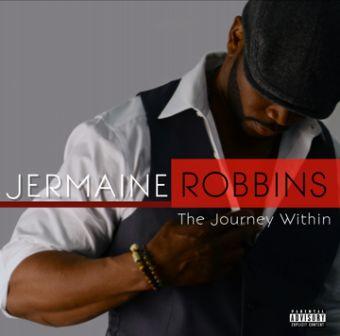 All the predictions, it seems, are coming true. Before release and after sneak previews, the US soul pundits were tipping a new album from Atlanta soul man JERMAINE ROBBINS to become one of the really big albums of 2018. After just a few weeks, ‘THE JOURNEY WITHIN’ is already scaling all the credible soul charts and savvy radio jocks are cherry picking tracks to play out regularly.

The amazing thing is that Jermaine is relatively unknown. He describes himself as an “artist, arranger, producer, entertainer, and lyrical theorist” and tells us that he got the music bug aged just 5 doing Marvin Gaye and Jackson Five routines for his family. After winning local talent shows, young Jermaine was soon on the road with a band called Full Deck. Then a solo career beckoned. His first album was ‘Reflections of My Soul’ which was followed by an EP and a clutch of singles that all sold well in and around Atlanta.

Now, ‘The Journey Within’ is all set to bring young Jermaine to a much bigger audience. Up top we said that the radio spinners were “cherry picking” songs from off the 10 tracker…. well, that’s not quite right. You see with ‘The Journey Within’ there’s no need to “cherry pick”. NIne of the cuts are wonderful modern soul creations while ‘She Wants That Good Life’ is a clever take on contemporary R&B put simply, though, there’s no filler here. Jermaine says: “It has always been disappointing to me to pick up an album that has only one or two good songs. I want to give listeners what they deserve. I want to touch all bases and give them variety. I want them to feel what I feel when I sing each song.”

That said let’s just point out a few of the album’s really choice cuts. ‘I Can’t Get Enough’ is a crisp, modern soul beater; ‘I Love It’ is a beautiful ballad; while ‘Gave You All My Love’ is a proper heart-breaker, reminding you of why you got into soul music in the first place.

On those tracks and indeed throughout the album, you’ll constantly be making comparison with a certain Michael Jackson. Jermaine’s vocal timbre and approach as well as his song construction bear uncanny resemblances to the MJ’s very best work. He, I’m sure, would have been proud to have, made an album like this; I also contend that in the whole of Michael’s catalogue there isn’t a more properly soulful track than Jermaine’s ‘Gave You All My Love’. Yes, it’s that good. You must investigate.

JERMAINE ROBBINS – JOURNEY WITHIN – OUT NOW