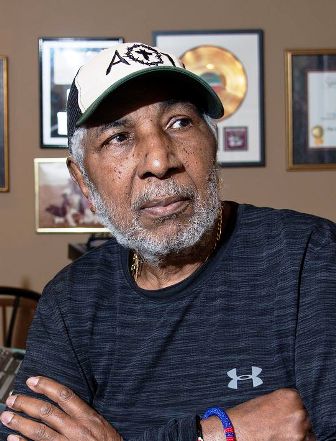 Celebrated Philadelphia musician and songwriter JOSEPH B. JEFFERSON died on Sunday 26th July at his home. His wife Rosa Criniti Jefferson said cause of death was cancer. He was 77.

Jefferson was born in Petersburg, Virginia and taught himself drums and organ. After moving to Philadelphia in the late 60s he won a place in the road band for the Sweet Inspirations. When the trio moved to Las Vegas to work with Elvis Presley, he stayed in Philadelphia and formed the Nat Turner Rebellion – named for a 19th century slave uprising. Their sound was very much influenced by Sly and the Family Stone; their singer was Major Harris and for a time they were signed to Philly Groove Records. The band split in 1972 after finding their sound out of step with what was becoming known as the sweet and sophisticated Philly sound.

Jefferson worked briefly with the Manhattans before coming to the attention of Thom Bell who saw his potential as a writer. His first big song was ‘One Of A Kind (Love Affair)’ which Bell recorded on the Spinners; the producer then teamed him Bruce Hawes and Charles Simmons and the hit songs just came coming. Amongst the team’s successes are ‘Mighty Love’, ‘Games People Play’ and ‘Sadie’ for the Spinners; ‘Brandy’ for the O’Jays; and the Dionne Warwick/Spinners’ collaboration ‘Then Came You’.

In addition to his wife, Jefferson is survived by two half brothers, George Anthony Jefferson and Donald Lee Jefferson.