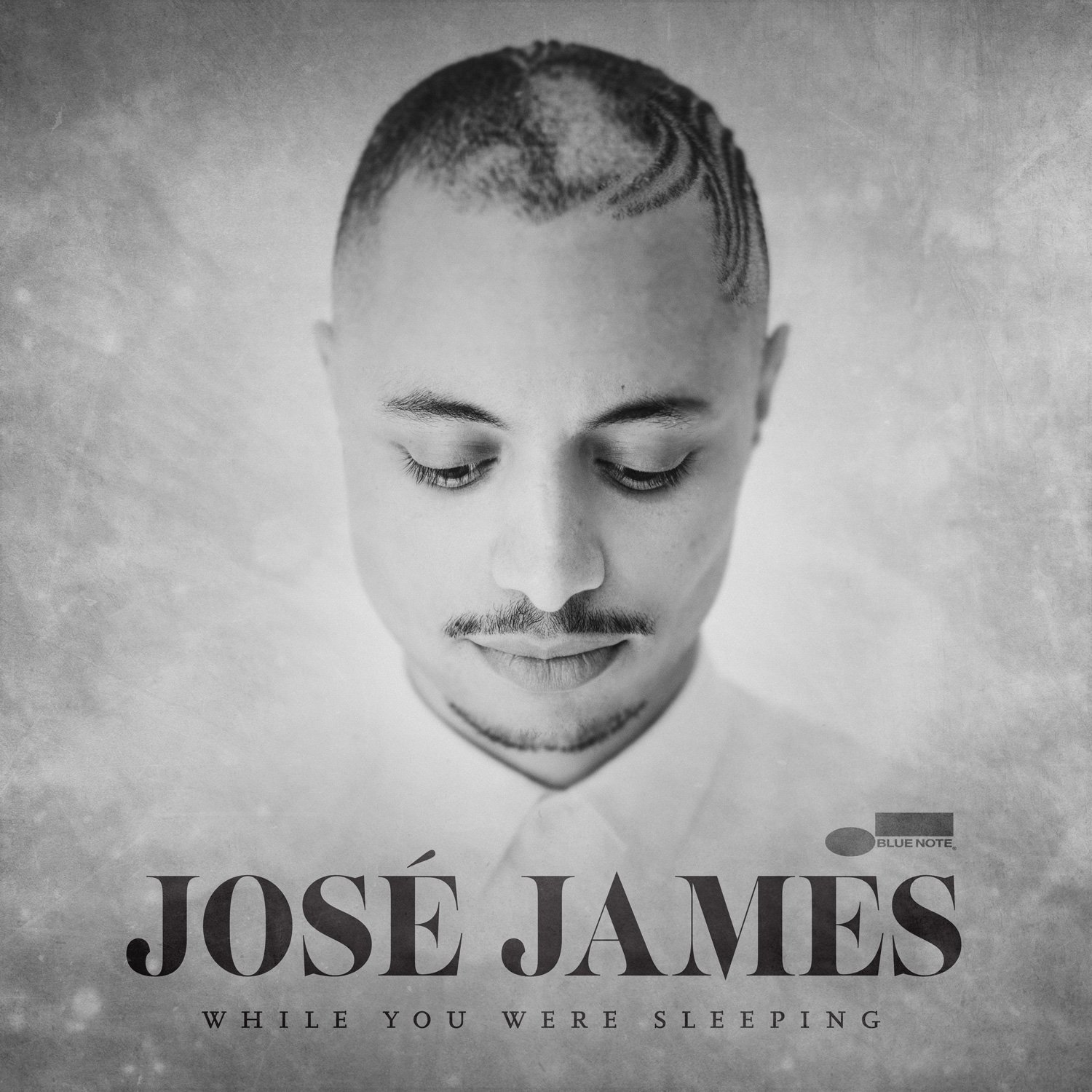 Born in Minneapolis but now based in Brooklyn, super cool jazz singer/songwriter JOSÉ JAMES returns with his second album for Blue Note, ‘While You Were Sleeping,’ on July 7th.  James – whose rich, velvety tones grace Italian jazz guitarist Nicola Conte’s new album, ‘Free Souls’ – started out as an orthodox jazz singer on his 2008 debut for Gilles Peterson’s Brownswood label, ‘Dreamer,’ but on his subsequent album releases has shown himself to be a musical shape-shifter who’s at home with R&B, neo-soul and even hip-hop.

‘While You Were Sleeping’ is different again, with James embracing a guitar-led rock and funk aesthetic on tracks such as ‘Angel’ – a Hendrix-inspired funk-meets-rock groove – and the insistent ‘Anywhere U Go,’ with its scything fuzz-toned guitar riffing. Even though James has cranked his amp up to eleven on this set, he hasn’t abandoned the musical sophistication that characterised his previous oeuvre; his smooth vocals continue to imbue his songs with a deep soulfulness, which is best illustrated by his new album’s superlative title track with its haunting refrain.

Look out for SJF’s interview with JOSÉ JAMES, which is coming soon.