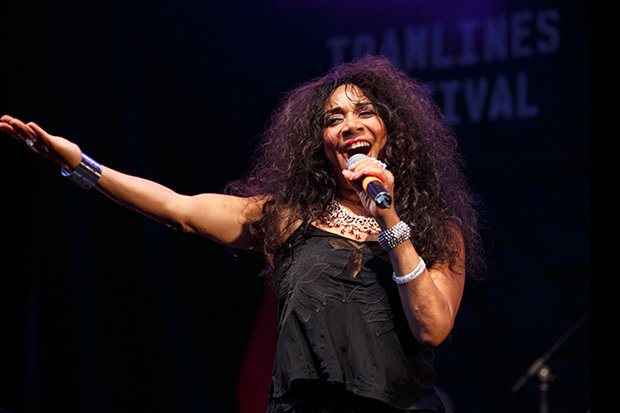 JONI SLEDGE, mainstay of SISTER SLEDGE, died on Friday, 10th March. She was aged 60 and reports say that she was found unresponsive by a friend at her home in Phoenix, Arizona. She had not been ill and the cause of death is unknown. Her death was announced via the Sister Sledge Facebook page: “Yesterday, numbness fell upon our family. We are saddened to inform you that our dear sister, mother, aunt, niece and cousin, Joni passed away yesterday. We miss her and hurt for her presence, her radiance, and the sincerity with which she loved and embraced life.”

Joan “Joni” Sledge was born in Philadelphia in 1956. He mother was an actress, her father had appeared in Broadway musicals and her grandmother was an opera singer. Hardly surprising, therefore that she and sisters Debbie, Kim and Kathy formed a group, Sister Sledge in 1971.

In 1975 they enjoyed moderate success with ‘Mama Never Told Me’. However when they teamed up with Chic main men, Nile Rodgers and Bernard Edwards, their career took off. With Kathy as lead voice, they scored with ‘He’s The Greatest Dancer’, ‘Lost In Music’ and, of course, ‘We Are Family’.

As the appeal of disco waned, Sister Sledge’s hit rate slowed down and they unofficially disbanded, later coming together from time to time to perform and record. By 1989, Kathy decided to try a solo career and the Sisters then worked as a trio. A recent highlight of for them was singing ‘We Are Family’ for Pope Francis in 2015. It’s not recorded whether he took to the floor!