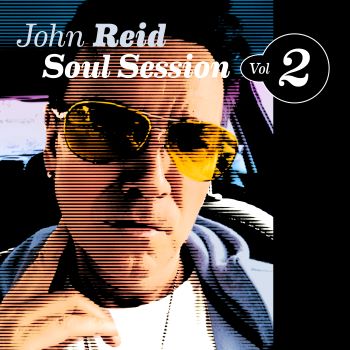 Brit soul connoisseurs know all about Scotland’s JOHN REID. He’s a  proper soul veteran who has a great CV. He started off as a soul DJ, and then in 1992 he formed his own band, the NIGHTCRAWLERS who enjoyed plenty of action with ‘Push The Feeling’ and ‘Surrender Your Love’. John then changed tack and became a garlanded  songwriter  penning songs for a mixed bag of artists – amongst them Westlife, Rod Stewart, Tina Turner, Kelly Clarkson and Leona Lewis.

John was back with the  Nightcrawlers  in 2018 with a lovely 3 track EP. All three tunes on the set were produced by Michael J McEvoy and Ernie McKone and the tracks subsequently appeared on a Nightcrawlers LP, ‘Soul Sessions’.  John, Michael and Ernie are currently working on a new collection, imaginatively called ‘Soul Sessions Vol. 2’ and last October, the set’s first single was released to critical acclaim. It was an optimistic, good time Weekender tune, ‘Light Up My World’.

With the new album almost ready,  John and his team are gearing up to release another single. The tune is another classy Brit soul outing, ‘I O U’,  and, of course, with the Boogie Back boys in John’s corner, soul quality is guaranteed! This  ‘I O U’ ticks all the right boxes – classy old-school production, smooth and soulful lead vocal, lush backing vocal arrangements, slap bass, and funky horns… splendid!

JOHN REID’S ‘I O U’ available on all digital platforms and to download from 27 January 2023. The album “on the way”!