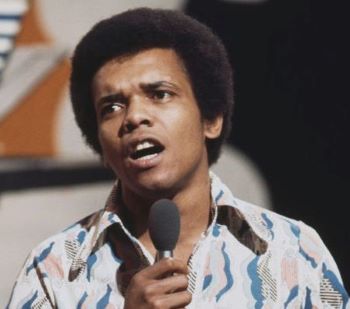 The Texas born singer. JOHNNY NASH died yesterday, Tuesday 6th October at his Houston home. He was 80. Nash of course is best remembered for his reggae-inflected hit, ‘I Can See Clearly Now’ and in the mainstream he is considered a reggae artist. Soul collectors, however, know that Nash enjoyed a pop and soul career long before his forays with reggae.

Johnny Nash was born in Houston, Texas in August 1940 and began singing in his local church. He made his recording debut in 1957 with the single ‘A Teenager Sings the Blues’ which was followed by his first hit – a cover of Doris Day’s ‘A Very Special Love’. Nash’s manager (Danny Simms) was aiming his singer at the same market as Johnny Mathis and he even secured Johnny movie acting roles. During the late 50s/early 60s he went on to record for a number of labels – including Warner Bros, Groove and the Chess imprint Argo. His Chess singles, ‘Love Ain’t Nothing’ and ‘Strange Feeling’ are hugely collectable.

In 1965 he enjoyed his biggest hit till then with ‘Let’s Move And Groove Together’ which became especially popular in Jamaica. On promotional visits to the island he began recording with local reggae musicians. The sessions produced the hit ‘Hold Me Tight’ which was followed by a cover of Sam Cooke’s ‘Cupid’, a cover of Bob Marley’s ‘Stir It Up‘ and, in 1972, his biggest hit, ‘I Can See Clearly Now’. Nash became a close friend of Bob Markley and regularly worked with him and other reggae giants like Peter Tosh.

Nash’s output slowed down in the late 70s and it seems his last recording was in 1986.