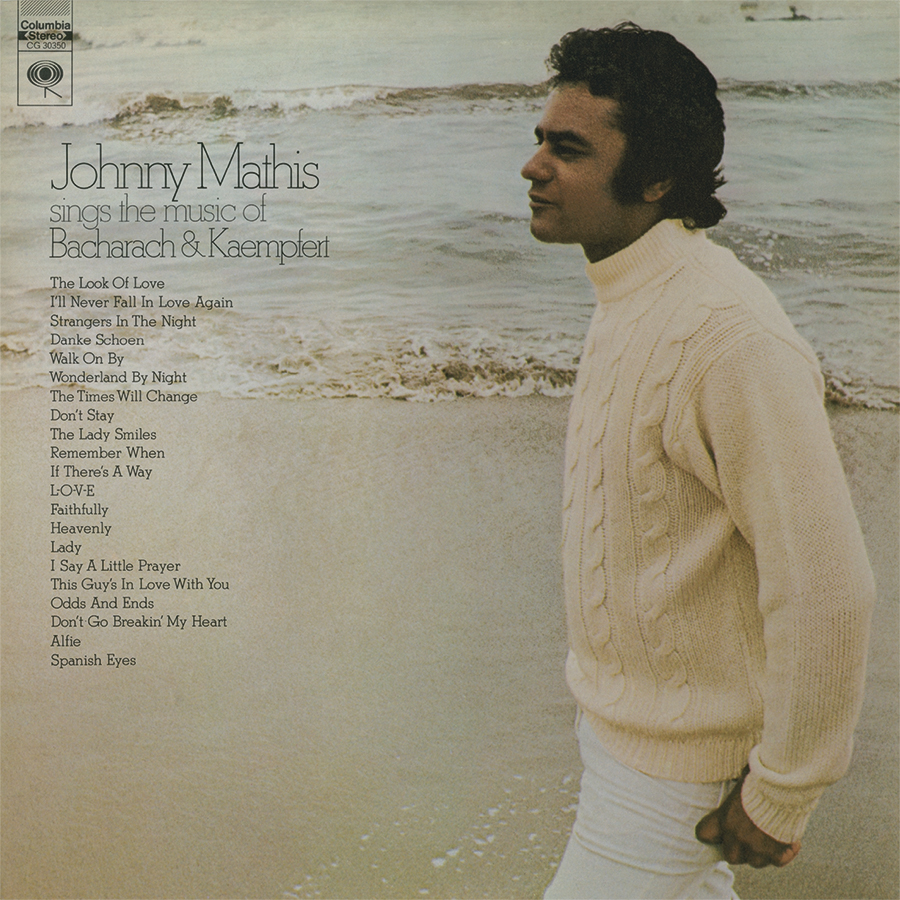 Now in his 82nd year, silky-voiced crooner, JOHNNY MATHIS, released his first album as a 21-year-old way back in 1956. Still active, his most recent album was last year’s ‘Johnny Mathis Sings The Great American Songbook,’ which was released on Columbia Records, the label that he enjoyed most success with during the 1950s, ’60s and ’70s. Two overlooked albums in his canon from his Columbia tenure are due for reissue on CD for the first time on March 3rd by US specialist label, Real Gone. The first is ‘Sings The Music Of Bacharach & Kaempfert,’ originally a double LP compilation released in 1970. Freshly remastered, it features 26 tracks, including versions of ‘Strangers In The Night’ and ‘Spanish Eyes’ and is bolstered with some rare bonus material in the shape of  non-album singles and some tracks from the singer’s stint at Global Records.

The second album is 1970’s ‘Raindrops Keep Falling On My Head,’ which also contains Bacharach-David material, including the title song,  ‘Alfie,’  plus covers of contemporary pops songs – among them George Harrison’s ‘Something,’ Simon & Garfunkel’s ‘Bridge Over Troubled Water,’ and Harry Nilsson’s ‘Everybody’s Talkin’.’