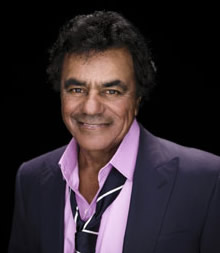 It’s MATHIS’ first tour to the UK in five years and to coincide with the shows SONY have just released a 23 track album on him. ‘The Ultimate Collection’ features all the Texan’s classics like ‘Misty’, and ‘The Twelfth Of Never’ along with the wonderful Philly sourced ‘I’m Stone In Love With You’.

Soul collectors will be interested in a pair of previously unreleased cuts – ‘Something To Sing About’ and ‘I Love My Lady’. Both were produced by the CHIC team and come from a collaborative album that was never released. The songs are classic CHIC productions and though JOHNNY’S as smooth as ever, they offer something just a bit different.

The album, by the way, also features ‘When A Child Is Born’…. just to remind us, maybe, that there are only 120 days left to Christmas.

JOHNNY MATHIS – The ULTIMATE COLLECTION is released by SONY on October 10th.