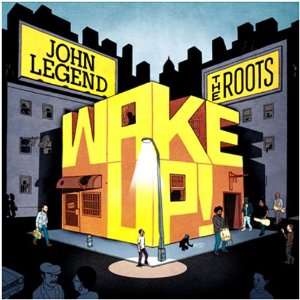 Fresh from a successful night at Twickenham, working with BEYONCE’S women’s awareness project, JOHN LEGEND has announced that he’ll be releasing a new long player in September. The album’s tentative title is ‘Love In The Future’ and the 34 year old singer/songwriter is calling the collection “a definitive 21st century soul album”.

We’ll have to wait and see about that of course, but, interestingly we’re told that the long player boasts a cover of the obscure BOBBY CALDWELL soul song, ‘Open Your Eyes’ ; amongst other album features, there’s specially commissioned hip-hop beats, tribal drums and full-on strings. Produced by long-time associates DAVE TOZER and KANYE WEST, ‘Love In The Future’ is already one of 2013’s most anticipated releases.