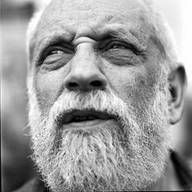 JOEL DORN, the Grammy-winning, Philly-born record producer who rose to fame alongside such backroom luminaries as Jerry Wexler, Arif Mardin, Tom Dowd and Nesuhi Ertegun while at Atlantic Records in the late-’60s, died suddenly of a heart attack on Monday 17th December. He was 65.
Dorn fell under the spell of Atlantic Records as a teenager and began corresponding by letter with the label’s jazz department head, Nesuhi Ertegun, making suggestions as to which artists the label should sign. In 1961, aged 18, Dorn worked as a DJ at the Philadelphia radio station, WHAT-FM, and eventually got to meet Ertegun, who was suitably impressed and hired him as a production assistant in 1967. At Atlantic, where he stayed until 1974, Dorn mainly worked in the jazz and R&B domain, producing records by ROBERTA FLACK (he masterminded her first three LPs), DONNY HATHAWAY, LES McCANN, EDDIE HARRIS, YUSEF LATEEF, RAHSAAN ROLAND KIRK and numerous others.
In recent years, Dorn continued to work with new artists (he was responsible for jazz singer Jane Monheit’s early success) but mainly focused his energies on his own label, Hyena, as well as producing critically acclaimed reissues and compilations. At the time of his death, Dorn was working on a 5-CD box set for Rhino Handmade entitled ‘Homage To Nesuhi.’