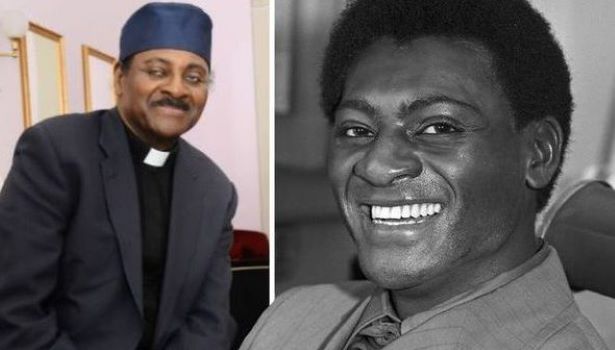 Unique soul singer JOE SIMON died on Monday, 13th December. He was aged 78 and few details are forthcoming save that his passing, in Chicago, was announced by his daughter Denice. We used the adjective “unique”, above, because Simon , known as “the mouth of the South”, (because of his roots),  had a very distinct and peculiar vocal style that endeared him to many.

Simon was born in 1943 in Simmesport, Louisiana and began singing in church… no surprise! His family moved to California in the 50s and Joe joined the Golden West Gospel Singers. Influenced by Sam Cooke, the group “went secular” in 1959. Simon eventually quit the group and in 1964 enjoyed his first solo hit ‘My Adorable One’ on the famous Vee Jay label.

When Vee Jay went to the wall, Joe Simon was signed to the Nashville-based Monument subsidiary label Sound Stage 7 and under the guidance of manager/producer   John Richbourg he enjoyed a string of hits – most, given the Nashville  connection, marrying a country feel with Southern soul. His most famous recoding from this period was his version of the Harlan Howard country classic ‘The Chokin’ Kind’ – a million seller and the vehicle for Simon’s 1970 Grammy award.

After SS7, Simon was pacted to Spring Records who had him record with hot Philly producers Kenny Gamble and Leon Huff. The link  was hugely successful spawning the hit album ‘Drowning in the Sea Of Love’ . The title track and ‘The Power Of Love’ became huge hits when released as singles. Simon enjoyed more success through the 70s – including writing/producing the theme tunefor the film, ‘Cleopatra Jones’in 1973.

In the late 70s (seemingly) suddenly , Simon quit secular music and turned again to Gospel singing and preaching  – taking up a pastors’ role at Flossmoor, Illinois. In 1983, he produced the album ‘Lay My Burden Down’ for former Davis Sisters singer Jackie Verdell. Simon eventually released a gospel album of his own, ‘This Story Must Be Told’ in the late 1990s.