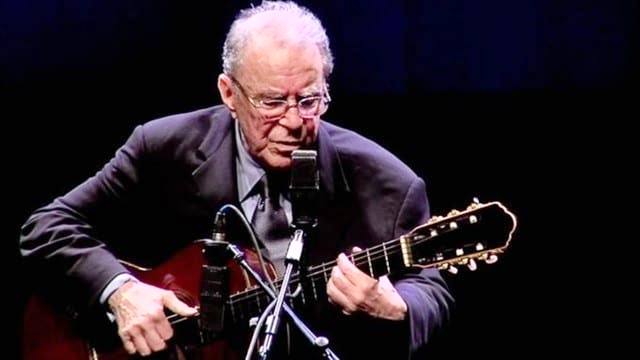 Iconic Brazilian songwriter and guitarist JOÃO GILBERTO died yesterday, Saturday 6th July. He was 88 and reports say Gilberto died at home in Rio de Janeiro after a period of illness. His son confirmed the news of his death.

Gilberto was born in 1931 and in the 50s he developed his own unique music style melding traditional Brazilian sambas with modern jazz sensitivities. It was a “bossa nova” – “new trend”… and it was to define modern Brazilian music for many years. His most productive period was in the mid 60s when he collaborated with US sax star Stan Getz. Their most famous tune being ‘The Girl From Ipanema’ on which Gilberto’s then wife, Astrud, provided the beguiling vocals. The parent album won the 1964 Grammy.

In recent times Gilberto lived alone in Rio. It’s reported that he struggled with mental health issues and despite his iconic status he was plagued by financial problems too. No cause of death has been given. Amongst his children is the acclaimed singer/songwriter Bebel Gilberto.

For a fuller appreciation of this music pioneer, see our accompanying article.