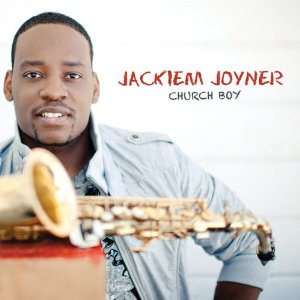 Soul singer JO JO BENSON (best known for his work with Peggy Scott) died on Tuesday 23rd December. He was 76. Benson was found dead at a motel on Victory Drive in Columbus, Georgia early on Tuesday morning. The county coroner’s office has reported that death was due to natural causes.

Benson was born Joseph Hewell in Alabama in 1938 and his music career began when he sang backing vocals for R&B star Chuck Willis. Before teaming up with Peggy Scott he also worked with BB King and Smokey Robinson, but it’s his work with Ms Scott that won him a place in the soul history books.

Producer Huey Meaux was responsible for bringing Benson and Scott together and he produced their first sessions in 1968, scoring hits with ‘Lovers Holiday’ and ‘Pickin’ Wild Mountain Berries’. Shelby Singleton then took over production duties and some of the sides he cut with them in Nashville have a distinct country soul flavour. The duo’s third hit was ‘Soul Shake’ but their fourth release, ‘I Want To Love You Baby’ was only moderately successful and Singleton dropped them from his SSS International label.

The duo then moved to Atco but their career petered out and in the early 70s they split up. (though they did briefly reunite for a mid 80s album). Benson then went into the night club business. One of his most recent ventures was in Columbus –a club called, pointedly, ‘Lovers Holiday’.

Reports suggest that Benson lived a colourful life. In 1979, he was seriously wounded in a Phenix City shooting. Heavily armed, ski-masked gunmen killed one man and wounded Benson while trying to rob a high stakes card game. It seems 40 people were crammed into a three-room, cinderblock duplex when the shooting occurred. Benson also hankered for a musical comeback releasing solo albums ‘Reminiscing In The Jam Zone’ (1999) and ‘Everybody Loves to Cha Cha Cha’ (2001). Sadly in recent times the singer was, it seems, in financial difficulties

One of Benson’s close friends, State Senator Ed Harbison, said he met with him on Monday evening and said that he didn’t look in the best of health. Indeed, Harbison suggested he go to hospital since his breathing was laboured.