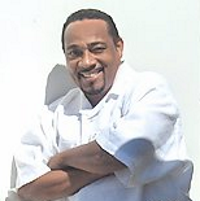 Songwriter, performer, producer and all round soul good guy, JIMMY LEVINE died on Tuesday 9th August. Few details are available but it was known that Jimmy has been battling cancer for some time.

Born in Los Angeles, Jimmy broke into music via his involvement with the church and in his teens he took up the saxophone. He eventually auditioned for Marvin Gaye who snapped him up for his road band. The Gaye connection brought him in contact with Motown and Jimmy scored himself a job as staff writer at Jobette where he provided songs for people like the Jacksons, Rick James and Teena Marie and, collaborating with Anna Gaye, he formed his own production company (Out Post).

A move to Chicago brought Levine work with Carl Davis and Richard Tufo. Then, working with Lowrell Simon, he had songs recorded by the Dells, Barry White, Gene Chandler and Simon himself. In Chicago Jimmy also worked at Curtom and with Jerry Butler.

In 2008 Jimmy set up a new production outfit, Mo-Philly. His partner in the venture was Instant Funk bassist, Raymond Earl and their idea was to make music using the best of Motown and Philadelphia. The first fruit of the collaboration was ‘Arize, Time To Shine’ – a feisty femme soul set from Shantel.

I was fortunate enough to interview Jimmy Levine several  times and he always came over as a fabulously enthusiastic musician and producer who wanted to drive soul forwards yet still respect its roots. His crusade was to get people to “rediscover music” and in all kinds of lovely ways he did just that.