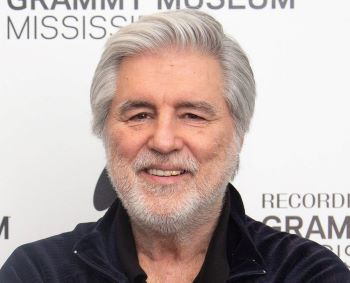 Songwriter supreme, JIM WEATHERLY died on Wednesday, 3rd February. He was aged 77 and passed away at his home near Nashville. His friend and music publisher Charlie Monk said the family attributed his death to natural causes. Amongst Weatherly’s best-known songs were ‘Midnight Train To Georgia’, ‘Neither One Of Us’ and ‘You’re The Best Thing That Ever Happened’ – all of course recorded masterfully by Gladys Knight and the Pips.

Weatherly was born in Mississippi in 1943 and in his student days he was a talented American football player but after offers from pro teams he decided to be a songwriter. (He’d been in a student pop band).

Working out of LA, ‘Midnight Train To Georgia’ was Weatherly’s first big song. It was originally called ‘Midnight Plane To Houston’. Weatherly said it was inspired by Farah Fawcett (a close friend) when she said she needed to catch the plane to Houston to meet up with Lee Majors. With that title, Weatherly recorded the song in country style. It was then covered by Cissy Houston who (with Weatherly’s permission) changed the title to ‘Midnight Train to Georgia’. The song was then covered again by Gladys Knight and the Pips and it’s that version that became the “standard”’.

Weatherly moved to Nashville in the 80s where his songs were recorded by country stars like Garth Brooks, Kenny Chesney, Glen Campbell, Neil Diamond, Kenny Rogers and Ray Price. For his sterling work in Nashville, Weatherly became a member of the Nashville Songwriters Hall of Fame.

After the announcement of his passing Gladys Knight tweeted that “Jim was just a sweetheart”.