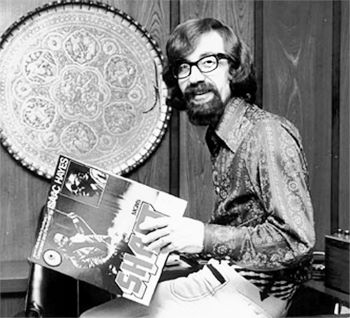 Co-founder of iconic label, STAX, JIM STEWART died on Monday, 5th December. He was aged 92 and according to a statement released by Stax Museum of American Soul Music, he “died peacefully, surrounded by his family.”

Given his personal background and the era when his label was  founded, Stewart’s story is remarkable. He was born in Middletown, Tennessee in 1930 but moved to Memphis in 1948 after graduating from high school. After a spell working in a bank, Stewart did his military service in the  army. On demob, he returned to banking but also harboured ambitions as a musician. He was enthralled by country music and learnt to play country fiddle, eventually joining a band, the Canyon Cowboys. In the late 50s, spurred on by the success of Memphis label, Sun, he founded his own record label, Satellite – mainly as an outlet for his music and that of other local country performers. His sister Estelle Axton invested in the label and when Satellite was threatened by legal action from a West Coast label of that name, Jim and Estelle renamed their label Stax (STewart/AXton, of course,  and a nice play on words, giving the new company its famous stack of records logo!). Thus an icon  was born.

The history of Stax Records, it’s ground-breaking music and multi-racial set up has been recounted many times, suffice to say here that in the early years of the label, Stewart worked on all aspects of the business. He was producer, engineer, A&R man  and PR person. Remember too that in those early days he still worked at the bank! Of course, as  the label grew and grew, he quit banking and brought to Stax new producers, engineers, A&R people and specialist promotion teams.

Stax went into a sort of decline after the  death of Otis Redding; then things beacme messy with the end of Stax’s distribution deal with Atlantic Records . The labels’ garlanded back catalogue changed hands as it was revealed that Stewart had failed to read a key clause in the original Stax/Atlantic deal. In the 70s Stax did enjoy more success -notably with Isaac Hayes. In 1972 Jim Stewart sold his share in Stax to label exec Al Bell and eventually the label went bankrupt.

After leaving Stax, Stewart maintained a low profile, although he did continue to occasionally produce records for artists he had previously worked with at Stax. And in 2002 his contribution to the industry was formally recognised by the Rock And Roll Hall Of Fame.

Today the Stax Museum of American Soul Music posted  “While Jim Stewart’s  impact on soul music is immeasurable, the ‘Memphis Sound’ he fostered throughout the 1960s and 70s as a savvy record executive and visionary producer can still be heard and felt in the music of today.”