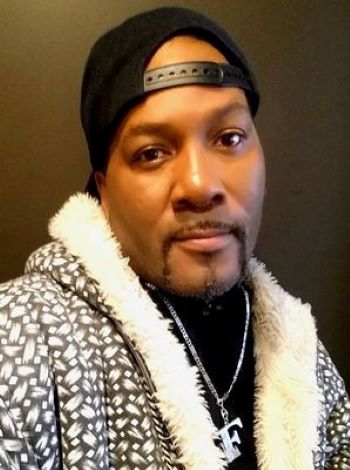 US sources are reporting the death at age 58 of founding member of the R&B group Force MDs,  JESSIE LEE DANIELS. No details are forthcoming; his passing was announced via his management company’s facebook page of Tuesday January 4th. The message read: “To one hell of an entertainer ‘Jessie D’ of legendary Force MDs. He ate, sleep and breathe music everyday. Please put a heart up for him. He was loved!!!!!!!!!! To the family, friends and fans today we lost a real talent. Our condolences goes out to his siblings, kids and the Force MDs….”

Daniels was born July 4, 1963, in Staten Island, New York, where, in 1981, he and his nephews Stevie D. Lundy, Antoine “T.C.D.” Lundy and Rodney “Khalil” Lundy formed The LDs before becoming the Force MDs — which stands for “Musical Diversity”. Their friends “Trisco” Pearson and Charles “Mercury” Nelson later joined.

The Force MDs released six albums – the last one together  came in 2000. Their musical calling card was their ability to fuse hip-hop sensibilities with old school soul harmonics. Their first hit was 1984’s ‘Tears’ though their most successful outings were ‘Tender Love’,  a Jam/Lewis song which was a top 10 hit and ‘Love Is A House’ which went to #1. Their most successful years were with Tommy Boy Records.

The Force MDs continued through the 90s but, sadly their career was affected by a series of tragedies. Charles Nelson died from a heart attack  while in 1995 Antoine Lundy died after a long illness. Various personnel changes ensued but the band never regained momentum.

In the 2010s, a version of the group reformed  but sadly Trisco Pearson passed of cancer in 2016. The Force MDs, now consist of Stevie and Rodney Lundy and Zieme Capers and continue to record but with limited success.