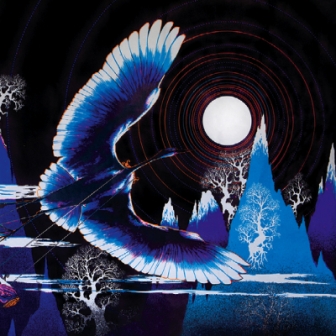 June sees JAZZMAN RECORDS release a couple of albums, both worth considering by all serious jazz buffs.

First up there’s ‘The Dancers At The Edge Of Time’ from the GREG FOAT GROUP. The ten tracker is the quintet’s fourth album and is described as an “unbridled celebration of summer time and the beach ambience”.

To create that special “ambience” the whole album was recorded in the Summer of 2014 in an ancient church in Ventnor on the Isle Of Wight. The music was recorded straight onto analogue 1″ tape and the band used the church’s old organ, a string quartet and local singers to create a sound like no other.

The album comes in both CD and vinyl formats. The vinyl LP is limited to 1000 copies.

Jazzman’s second new release is very different. ‘A NEW LIFE’ is a compilation of rare, independent 70s British jazz, sourced from artists and labels that are now just faded memories. The 13 tracker has been compiled by Francis Gooding and Duncan Brooker. The duo provides the extensive sleeve notes and has conducted interviews with some of the artists.

The musical menu is, as you’d expect, varied. It ranges from the psych-jazz of Brummies Poliphony to a tribute to David Attenborough…. Spot The Zebra’s ‘Living Planet’. You also get an early Christmas carol… Indiana Highway’s version of ‘We Three Kings’!