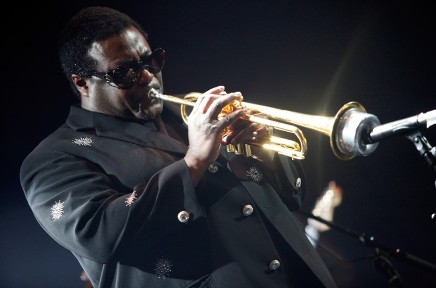 Grammy-winning jazz trumpeter, WALLACE RONEY, died in hospital in New Jersey on Wednesday April 1st after contracting Covid 19.  He was 59.

Philadelphia-born Roney, a graduate of Howard University and alumni of the prestigious Berklee College of Music, rose to fame in Art Blakey’s Jazz Messengers in the 1980s, and also played with drummer Tony Williams. He was later mentored by the great Miles Davis and performed with the trumpet legend at a 1991 concert performance at the Montreux Jazz Festival which yielded the Grammy-winning orchestral  album Miles & Quincy: Live At Montreux.

Roney won a Grammy for his part on the 1994 album, A Tribute To Miles, a recording made with former members of Miles Davis’s second great quintet. His most recent album was last year’s Blue Dawn – Blue Nights.