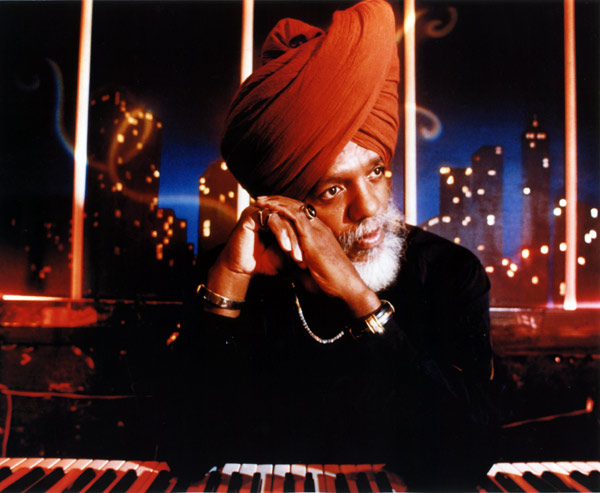 Blue Note Records have announced the death of Dr Lonnie Smith, the legendary Hammond B3 organist and soul-jazz pioneer who passed away on September 28th 2021. According to his manager, Holly Case, he died at his home in Fort Lauderdale in Florida from pulmonary fibrosis, a lung disease. He was 79.

Despite being famous in jazz circles for wearing a turban – which he adopted in the mid-1970s –  Dr Lonnie Smith was no Eastern mystic who explored the arcane world of Indian-influenced spiritual jazz; rather, his music was more down to earth, built on the foundations of the blues and gospel music he heard during his childhood. Distilling those influences, Smith became a pioneer of soul-jazz, a type of accessible and soulful music that was mainly popular with African Americans in the early 1960s and whose other exponents included alto saxophonist Lou Donaldson and fellow organists Jimmy Smith and John Patton.

Surprisingly, the organ didn’t appear on Smith’s radar until he was in his 20s. He had played the trumpet first, in a school band, and later, when he was a teenager, sang with a vocal group called the Teen Kings, who featured a young saxophonist called Grover Washington, Jr. But in the early 1960s, Smith’s life changed irrevocably when he discovered a Hammond B3 organ in a local music shop owned by Art Kubera. When he touched the keys for the first time, he realized he’d found the instrument of his dreams. After that epiphany, he came to the music store every day to get familiar with the B3 and unlock its mysteries. The store owner indulged Smith in his love affair with the instrument, allowing him to practise from opening time closing. He was intrigued by Smith’s devotion to the Hammond and eventually told him that he could have the organ  – which cost about $3000 at the time – if he had a means of taking the heavy, cumbersome contraption home. Overwhelmed by Kubera’s generosity, Smith began a long friendship with the store owner. “I call Art Kubera my angel,” Smith told SJF in 2018. “He watched my whole career.”

After hundreds of hours practising,  by the mid-60s Smith had become a virtuoso, renowned for his flamboyant showmanship; his first major gig as an organist was in the Sammy Bryant Orchestra where his show-stopping feat was playing the organ with his tongue. In 1967, Smith hooked up with guitarist George Benson, who was signed to Columbia. The label allowed him to record his debut LP, ‘Finger Lickin’ Good,’ later the same year but it was a stint playing with saxophonist Lou Donaldson (together with Benson) that helped Smith reach a wider audience. He played on Donaldson’s 1968 LP, ‘Aligator Bogaloo.’ Said Smith in 2018: “We had such a groove going. As soon as we had it, we had a connection there. That was it. It made a hit. Then Blue Note called me and said (A&R man/arranger) ‘Duke Pearson and (label boss) Frank Wolff want you over here,’ so they got me from Columbia Records.”

Between 1969 and 1971, Smith released four albums for Blue Note (‘Think!,’ ‘Turning Point,’ ‘Move Your Hand’ and ‘Drives’) and saw some action in Billboard’s R&B albums chart. After that, he recorded a one-off LP called ‘Mama Wailer’ for Creed Taylor’s Kudu label before updating his sound at the Groove Merchant label in the mid-to-late 70s, where he served up some delectable jazz-funk grooves with a hint of disco. (It was also in the mid-’70s when Smith began wearing a turban, which became his sartorial trademark),

Smith’s LP releases in the ’80s tailed off but he was resurgent in the ’90s, turning out acclaimed homages to John Coltrane and Jimi Hendrix. In the 2000s, he recorded for Palmetto before issuing a couple of albums on his own imprint, Pilgrimage. In 2016, a reunion with Blue Note helped bring him back into the mainstream. “After all those years away I feel I’m back at home,” Smith told us in 2018. “It feels great to me.”

He released three albums during his second spell at Blue Note; ‘Evolution’ (2016), ‘All In My Mind’ (2018) and his most recent offering, 2021’s ‘Breathe,’ which featured a cameo from legendary rock singer Iggy Pop.

It was also during his second term at Blue Note that he became an NEA Jazz Master, considered America’s highest and most prestigious honour awarded to jazz musicians.

Though he sometimes played electric piano and clavinet, his Hammond B3 organ playing is what Dr Lonnie Smith will be remembered for most. “It expresses the way I feel,” he told SJF in 2018. “To me, it has all the elements that you could think of in the universe. It has the rain and the floods, but also the sunshine, the rainbows, the snow, and the stars. It’s got everything.”