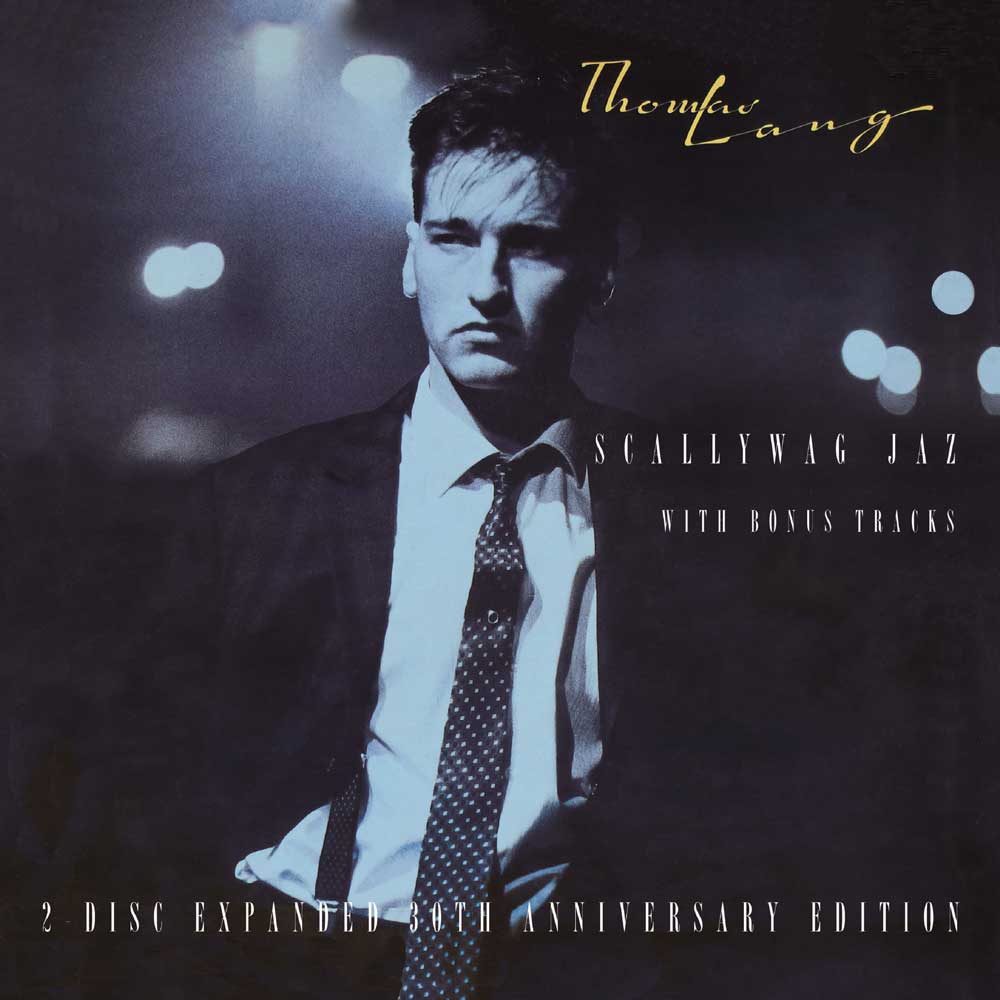 To celebrate the 30th anniversary of the release of ‘Scallywag Jaz’, SFE Records have just released a 2CD version of the album that includes a whopping 26 bonus tracks. Listen in and you’ll hear a classic 80s timepiece – a sultry, youthful take on lounge jazz that chimes perfectly with the then contemporary sounds of people like Sade. The music on ‘Scallywag Jazz’ is moody and melancholic, evoking – as Thomas hoped – smoke-filled 50s dance halls and night clubs.

The set’s title track is a quirky instrumental while the most intriguing cut is an unusual version of Billy Paul’s ‘Me And Mrs. Jones’. Clearly Lang had a thing about the mythical lady – other cuts include ‘Shoelaces (Mrs. Jones part 2)’ and ‘Mrs Jones Meets Godzilla’ while another cover is a take on the standard ‘Have You Met Miss Jones’?

This collection’s bonus tracks include rare B sides, demos and live recordings as well as two all new songs – ‘Scared’ and ‘I Believe’.