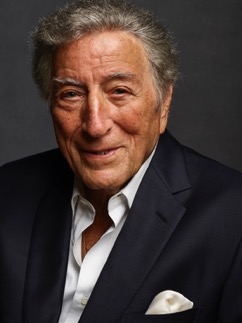 The vocal legend that is the inimitable Tony Bennett is set to be honoured next week when he will be bestowed with a Lifetime Achievement Award at the Jazz FM Awards with PPl and PRS for Music.  The 95-year-old – whose latest album ‘Love For Sale’ with Lady Gaga has just been released – will receive the award in person at the Jazz FM Awards ceremony at West London’s Under The Bridge on Thursday, October 28th.

Also receiving a special award at the event is the much-venerated UK saxophonist Courtney Pine CBE, who will be picking up The Gold Award for his services to music.

“We are absolutely thrilled that the legendary Tony Bennett, one of the true greats of jazz whose music has touched so many millions of people around the world, has agreed to receive this year’s Lifetime Achievement Award.

In the meantime, we can’t wait for the world to see this year’s ceremony which is not only topped off by this Award for Tony alongside the Gold for Courtney Pine but there will be some real surprises in the room along with some stunning performances. Roll on 28th October.”

Hosting this year’s Jazz FM Awards ceremony is Jazz FM presenter Anne Frankenstein together with the British jazz saxophonist Soweto Kinch. The event can be viewed live on the station’s Facebook page.