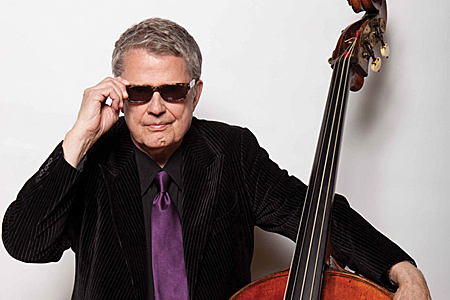 Following the recent sad demises of octogenarians Horace Silver and Jimmy Scott, the jazz world is again in mourning after it was announced last Friday 11th July that the redoubtable bassist CHARLIE HADEN had passed away after a long illness.

A native of Shenandoah, Idaho, Haden made his first public appearance on the radio as a precocious two-year-old singing country songs with his family but his real claim to fame was playing alongside Ornette Coleman in the Texas saxophonist’s groundbreaking free jazz group that recorded ‘The Shape Of Jazz To Come’ in 1959. After that, Haden played with the great and good of the jazz world, most notably pianist Keith Jarrett – he played on many of Jarrett’s ECM solo albums and also was a member of his ‘American Quartet’ in the ’70s. Haden shared the billing with Jarrett on the pair’s most recent collaboration, the poignantly titled ‘Last Dance,’ which came out only last month via ECM.

Haden cut twenty four albums under his own name during his fifty-seven-year-old career and also recorded with the groups The Liberation Music Orchestra, Old And New Dreams, and Quartet West. He was 76.

(Haden with the Ornette Coleman Quartet in the early ’60s).