JAZZ AT THE BEEB…. 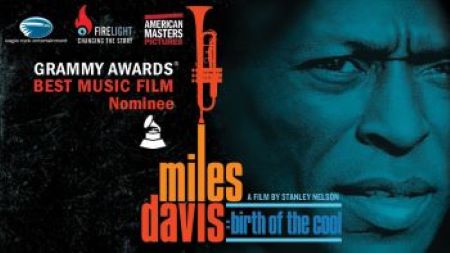 This coming week, BBC TV offers some rather special programming for Jazz fans.

Tomorrow evening – Sunday 15th November – @ 9.00pm BBC 4 will be screening the acclaimed documentary about Ronnie Scott’s London jazz club…. ‘RONNIE’S’; RONNIE SCOTT AND HIS WORLD-FAMOUS JAZZ CLUB’.  The feature traces the club’s history and explores it importance within the British jazz community. Directed by Oliver Murray, the film features a host of archive performances from the past 60 years. There’s also plenty of previously unseen and restored footage and new interviews with friends, family and the music elite, including Chris Blackwell, Quincy Jones and Sonny Rollins. Check our interview archive to find out more, as SJF’s Charles Waring talks to director Murray about making the film.

‘Ronnie’s;’ will be repeated on BBC 4 on Friday 20th November. Friday’s has now become BBC 4 music night and the highlight of 20th November’s listings is undoubtedly, ‘MILES DAVIS: THE BIRTH OF THE COOL’. This 2019 documentary traces Davis’ career exploring the talent and the flaws that made him such an unrelenting musician. We’re told that the film unpicks the myths behind the music. It’s screened @ 10.30pm and is preceded by ‘JAZZ 625: THE BRITISH JAZZ EXPLOSION’ and followed by the repeat of ‘RONNIE’S’.