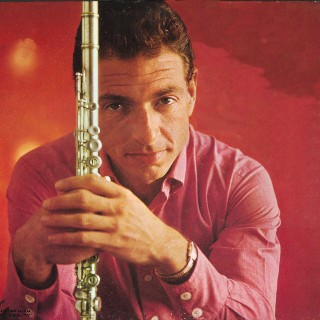 It has been announced on his website that American flute player, PAUL HORN, has passed away peacefully after a short illness on Sunday June 29th.

Horn, who was 84, was a classically trained flautist born in New York. In the 1950s he made his mark with drummer Chico Hamilton’s pathfinding jazz group – Horn appeared with Hamilton’s band in the 1958 Burt Lancaster/Tony Curtis film, Sweet Smell Of Success – before making recordings under his own name for Dot, Pacific Jazz and Columbia. For the latter label he recorded in 1961 the classic album, ‘The Sound Of Paul Horn‘, which included the track, ‘Mirage For Miles,’ inspired by Horn’s good friend, Miles Davis. He grabbed a Grammy award for his 1964 album, ‘Jazz Suite On The Mass Texts,’ which featured Lalo Schifrin but in the late-’60s Horn grew disillusioned with his career (he did a lot of session work on the US west coast and played with the likes of Duke Ellington, Nat ‘King’ Cole, Frank Sinatra, and Tony Bennett) and travelled to India where he studied meditation under Maharishi Mahesh Yogi in an ashram alongside The Beatles.

Horn also recorded two Eastern-inflected albums while he was there – ‘Paul Horn In India‘ and ‘Paul Horn In Kashmir‘ (recently reissued on BGO with an in-depth interview with Horn by SJF’s Charles Waring) – which put him on a new musical path. While he was there he also recorded an album within India’s famous Taj Mahal building, which resulted in the groundbreaking and hugely influential album ‘Inside The Taj Mahal‘ (it also initiated a whole series of ‘Inside’ albums by the flautist at different locations around the globe). From that point, Horn largely abandoned jazz and concentrated on musical projects that with their relaxing and meditative qualities laid the foundation for what became known as ‘New Age Music.’ He is survived by his wife, Canadian singer/songwriter, Ann Mortifee, plus two sons, a stepson and four grandchildren.