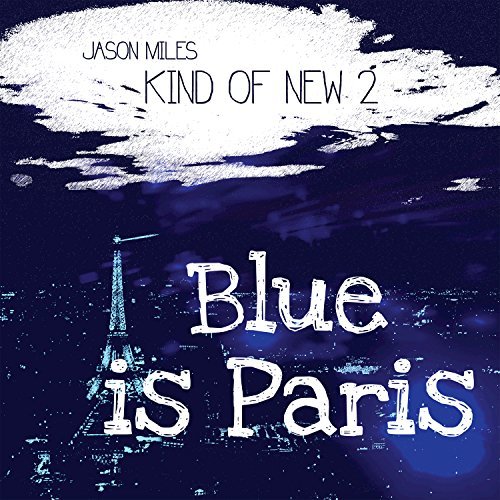 If you’re an avid reader of album credits and liner notes, JASON MILES’ name should be a familiar one. A noted record producer, arranger, keyboard player, programmer, and composer, he’s appeared on over 130 albums and has worked with some of the music industry’s greatest names, including Miles Davis, Michael Jackson, Luther Vandross, Roberta Flack, Whitney Houston , David Sanborn and Grover Washington Jr.

JASON MILES has also released music under his own name and today, on Friday May 12th, he’s just issued his seventh project for Lightyear Entertainment. It’s called ‘Kind Of New 2: Blue Is Paris’ and was created as a response to the terrorist attacks that took place in Paris in November 2015.

The album is unique in that it features ten versions of one piece of music, the title song, which Miles composed when he was in Paris promoting his album, ‘A Kind Of New,’ during the immediate aftermath of the terrorist attack in which 130 people perished. After he returned home, he composed a haunting piece called ‘Blue Is Paris’ as a tribute to the resilience of the people in the French capital but then wondered how he could accommodate  it in a full album. Then a light bulb went off in his head sparked by childhood memories, as he reveals: “In the late 1950’s my father bought an album, ‘Lullaby of Birdland,’ which was that same George Shearing song done twelve times by twelve different musicians and arrangers. I found the album in my vinyl collection that he left to me, and I thought, ‘Wow, this could work if I did the same thing.'”