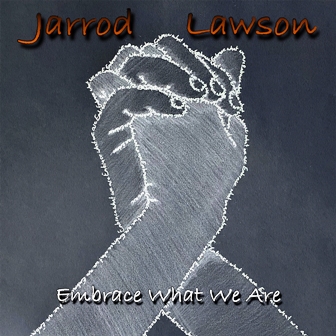 Been a while since we heard any new music from Oregon singer-songwriter-producer JARROD LAWSON but almost out of the blue he’s releasing a brand new single…. tomorrow, 16th June in fact!

The song is called ‘EMBRACE WHAT WE ARE’ and he tells us that the song was inspired by the long and heartbreaking sage of police brutality in the US. Jarrod began working on the song back in 2014 after the brutal murder of Eric Garner during which several policemen held him face down in a choke hold. That that murder draws comparison to the recent murder of George Floyd is uncanny and with the lazy, meandering, jazzy ‘Embrace What We Are’ Jarrod adds his persuasive voice to the protests with the gentle chorus asking the police to “Soften your heart. Lower your guard. Let your fears be vanquished by this simple truth – that you’re my sister, you’re my brother, let’s Embrace What We Are and stop killing each other”…. Amen!

Proceeds from the sales of the single will be donated to COLOROFCHANGE.ORG, an organisation whose goal is to empower and amplify black voices and their allies, make government more responsive to the concerns of Black Americans, and bring about positive political and social change for everyone.

JARROD LAWSON; ‘EMBRACE WHAT WE ARE’ is out now on Dome Records.